I went to an exhibition at the Auckland Art Gallery over the weekend entitled “Who Shot Rock & Roll”. As I have always been into music and more recently photography – I was intrigued to see the creative talents merged between the photographer and musician(s). The images displayed captured striking moments in time, showcasing behind the scenes, portraits and rare glimpses of history seen through the eyes of a lens where music is the backbone.

I was drawn to a photo from the 1970’s of the Supremes exiting a plane, smiling, looking so poised and polished you would have thought they had just stepped off a fashion shoot. On reading about the photo you find that it was indeed staged for the camera, as they wanted the Supremes to look as glamorous as possible, in order to try to boost ticket sales. I so wish I looked like that after a long-haul flight!!  I really wanted to take some photos, but you weren’t allowed. 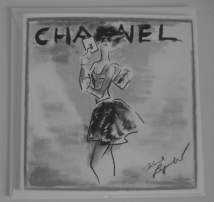 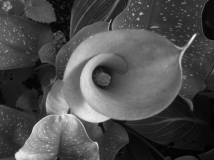 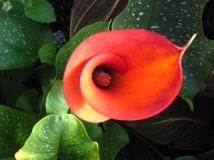 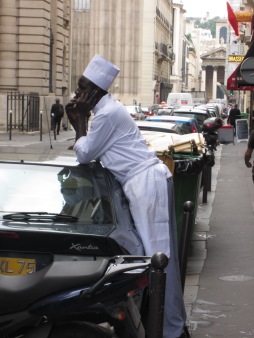 Chanel Card
Elvis Presley, Grace Jones, The Rolling Stones aka Mick Jagger and Keith Richards had a strong photographic presence. There was also a moving image of Kurt Cobain absolutely exhausted and emotionally drained, backstage at one of his concerts. He looked to have nothing ‘left in the tank’ and it was indeed a raw and emotional, yet disturbing image at the same time.

Many of the photos displayed were in black and white. Colour didn’t have a big part to play (regardless of what year the images were taken). Paring something back to its basic shell and not being swayed by the influence of colour makes a photo ‘come to life’ – you see the photo in its untamed original beauty I believe.

In the fashion world, well-known photographers Steven Meisel, Mario Testino and Patrick Demarchelier have made an international name for themselves in the celebrated world of fashion photography. With their unique ability to capture an image that tells a story – they produce a visual feast of beauty time after time.  Their pictures grace many magazine covers, of which American Vogue is no exception – showing us What is Style.

I personally admire Karl Lagerfeld for his creative genus both behind the camera and as a designer. He tests the artistic boundaries many times over with his ability to merge art and fashion so succinctly.  Here are a couple of images that I took, plus a card by Karl.

4 Comments on An Image Speaks a Thousand Words

Copyright © 2021 Create a free website or blog at WordPress.com.