I decided not to have any new year’s resolutions for 2014, but somewhere along the way, I  must have decided that I was going to start wearing a colour that I have never liked, or worn before.  I think it started with being given an orange nail polish for Christmas from Beauty on the Strand.  It looked so nice on my toes!

All of a sudden I was noticing the colour orange – how had I ever not liked this colour before?  Rather than buy my usual black skorts from Nike, I decided to try on an orange version from Adidas last week.  They made me look really tanned (a bonus) was a slightly different style than I would normally choose and I am sure made me feel younger (at least under 30).  I even found an Adidas sports-top with a splash of orange, which also looked good.  Could I be converting from yellow to orange – surely not? 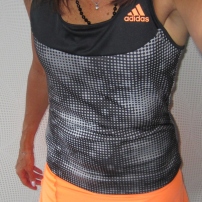 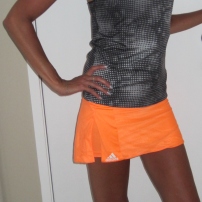 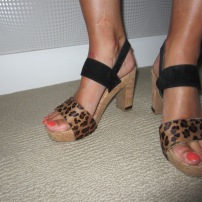 To my amazement I have also bought this year a pair of open toed shoes from Velvet Steps in Mt Maunganui in black with a leopard print pattern.  I  think I last wore leopard print or something similar back in the 1990’s.  What was wrong with me?  My usual style radar was travelling a different course than normal.  Perhaps it was the orange toes!

10 Comments on Orange is the New Yellow 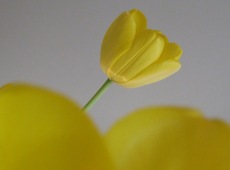